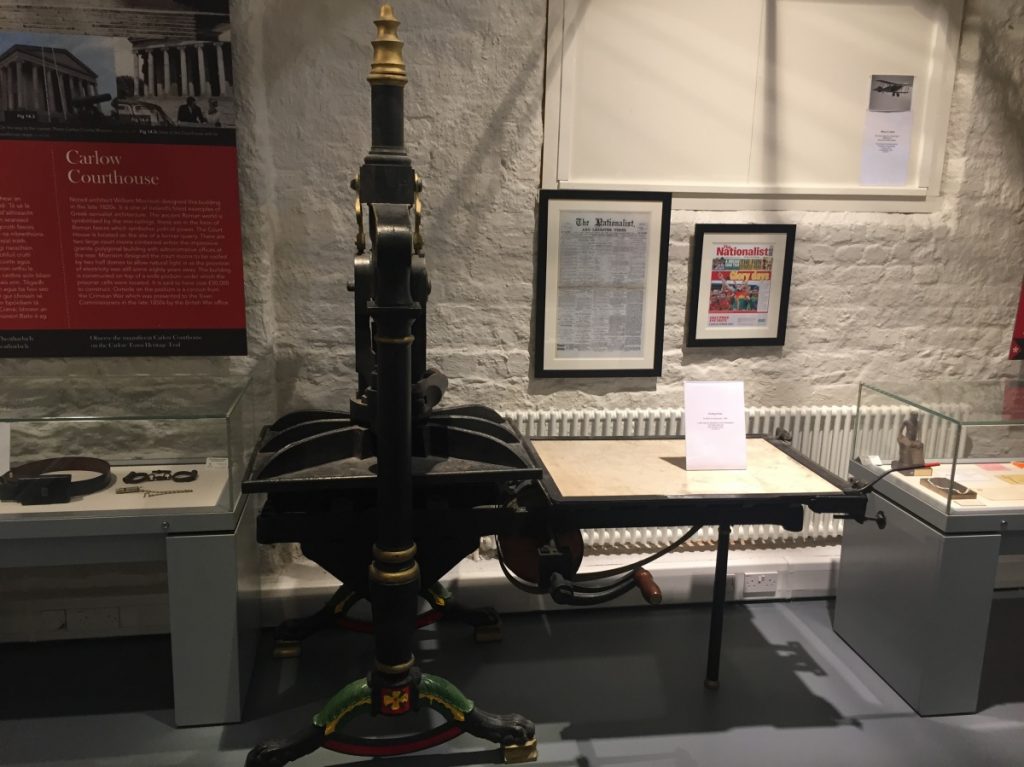 The power of knowledge was, as result of Johannes Gutenberg’s idea, no longer the privilege of only a few. From now on information was not passed as a result of human communication alone. It developed into an asset which was available when needed, could be carried around and was easy to come by. Gutenberg’s idea was to widen the horizons of printing, to become flexible, versatile, and independent. Gutenberg’s “system” was an ideal combination of multiple individual well-thought out inventions, completely equal with modern technical complexes. Letters which could be varied as required, a metal mould, a manual casting device, a special alloy, a press, printing ink with particular properties and a certain kind of paper- only with this combination was success possible.

Printing was called the “black art” in the beginning as people could not understand how someone could produce books so quickly or how they could all be exactly alike, people feared printing and thought it derived from Satan yet despite this the use of printing became very popular and quickly spread all throughout Europe.1

Printing did not arrive in Ireland until 1551 when Humphrey Powell printed The Boke of Common Praier. This first book in Irish type was paid for by Elizabeth I and was probably manufactured in London.

In the 1800’s, the newspapers cost sixpence each- quite a lot of money in those days- one penny of which was a special “tax on knowledge” put there to inflate the price so that lower orders would not be able to purchase papers and be influenced by their ideas into anti-government activity. Published weekly, and very rarely bi-weekly, their circulation normally varied from 3,000 upwards.4

It is not known exactly when the printing press was established in Carlow… it was early in 1770, when the “Carlow Journal” was founded by William Kinnier, Kinneir or Kinnear, as it was variously spelled.5

This piece has been researched and written by Andrea Istrati, Transition Year Student, St. Leo’s College, Carlow as part of her work experience in Carlow County Museum. The Transition Year ‘Be Involved Volunteer Programme’ is organised by the Carlow Volunteer Centre.