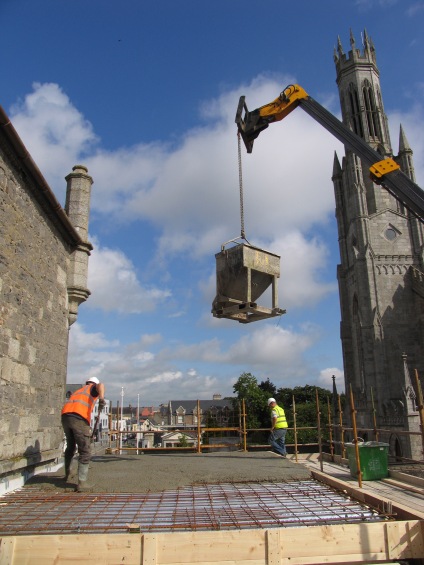 In our very first Blog Dermot Mulligan, Museum Curator gives an insight into how the new Carlow County Museum was developed

In April 2012 the new Carlow County Museum on College Street in Carlow Town was opened. The Museum has been developed by Carlow Town Council in partnership with the Carlow Historical & Archaeological Society (CHAS). The Carlow Historical & Archaeological Society (CHAS) founded and opened the Museum in 1973. In 2002 Carlow Town Council took over the operations of the Museum and has worked in partnership with CHAS to undertake the redevelopment. To further this partnership a Board of Carlow County Museum was established in 2005.

The building in which the Museum is now housed is a landmark building within the centre of Carlow town. Until 1989 it was home to the Presentation Sisters. The new Museum occupies the College Street end of the former Convent. The front of the building, facing Tullow Street, houses the Carlow Library. The Museum is accessed through the Fáilte Ireland Tourist Office. The Museum occupies the rest of the building which has four exhibition rooms; the two largest houses the Museum’s permanent collection while the two smaller rooms are used for temporary exhibitions.

The Museum’s ground floor was used as the Convent’s primary school until 1960. Originally there were three classrooms separated by a partition. To provide the Museum with a flexible display gallery it was decided to open up the ground floor as one large display space. An original fireplace backing onto the Tourist Office has been retained in its original position.

The large north window above the stairs had all its broken panes of glass replaced. Through this leaded window, a framed view of the Cathedral steeple can be enjoyed.

At the top of the stairs, one enters into what was the Convent’s former Chapel. This is now arguably the most impressive room within all of Carlow Local Authorities public buildings. Considering the many architectural features in this room particular care and attention was given to the care and restoration of this room. Apart from the exhibitions that have been installed here, the former Chapel is an exhibit in its own right.

The reardos (back of the altar) contains Victorian glass and many of its edges contained gilding. This was extensively cleaned and re-gilded.

The main part of the Chapel ceiling has fifty panels and each panel was gilded during the nineteenth century. Unfortunately, sometime during the 1960s, the ceiling was painted over. When the main construction works were completed and prior to the installation of the exhibitions all fifty panels were skillfully re-gilded.

The Chapel houses the Museum’s largest object – the magnificent hand carved 19th-century pulpit from the next door Cathedral of the Assumption. The pulpit, made in Bruges in Belgium, was controversially removed as part of the mid-1990s reordering of the Cathedral. When the pulpit was removed from the Cathedral it was brought into the former Chapel area and re-erected. 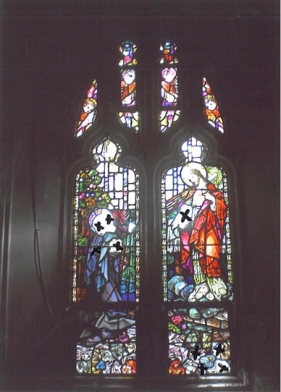 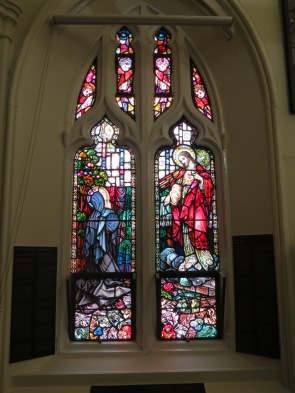 Above – the stained glass window in the chapel – then vs now. The black x’s mark places where panels are broken or missing.

Directly behind the Chapel and at first and second-floor levels directly above the Tourist Office are the Museum’s two temporary exhibition galleries. This area was previously the Sacristy and the Sister’s cells (bedrooms). Alterations were made to this area including installing a new staircase along with the addition of a lift, thus making the entire Museum building fully accessible to those with physical disabilities. At the end of the tour, visitors egress the Museum and returns to the ground floor via the beautiful original main Convent staircase.

Extensions to the Building

It was decided early on in the design process that the existing convent building would be maximised as the Museum’s new exhibition galleries. Therefore to accommodate the ancillary facilities an extension would be required. The extension is clad in cut Carlow limestone to complement the existing convent building which was built of mainly limestone rubble.

The exhibition design and installation was led in house by the Museum staff. It was decided to lay out the exhibitions thematically and not chronologically. Major themes of Carlow’s history were identified and this was compared to the Museum’s collection.

Among the new displays are exhibitions dealing with:

The majority of the project costs were met from within Carlow Town Council’s own resources but have received grant assistance from the Heritage Council, the Department of Tourism, Culture & Sport, Carlow County Development Partnership and Fáilte Ireland.

The renovation, extension and conversion of the building into a museum must also be viewed in the overall context of its setting in Carlow’s Cultural Quarter. The cultural quarter runs from Tullow Street along College Street to the Old Dublin Road encompassing the County Library, Archive, Tourist Office, the Cathedral of the Assumption, Carlow College, the Visual Centre for Contemporary Art & The George Bernard Shaw Theatre to the magnificent early nineteenth century Carlow Courthouse.

Carlow is now the second County/City Museum in Leinster, the other being in Co. Louth. All the County/City Museums work closely with the National Museum of Ireland, particularly in the area of Archaeological Finds.

Carlow County Museum is opened all year round and admission to the Museum is free.