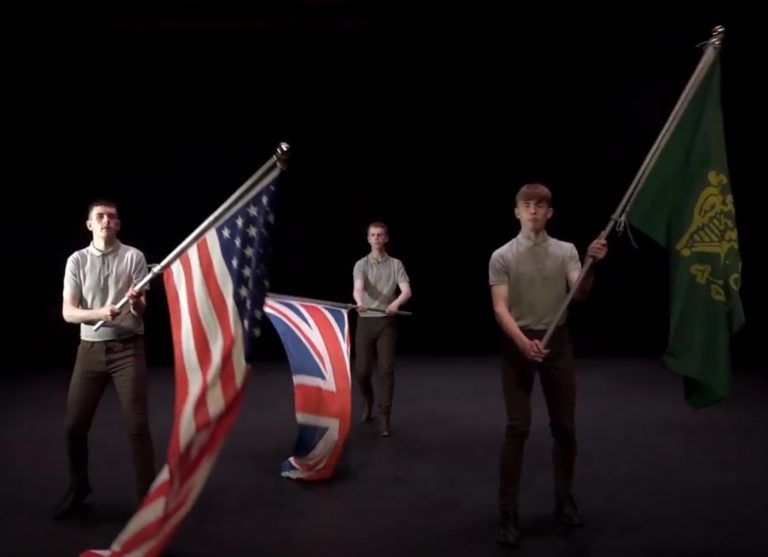 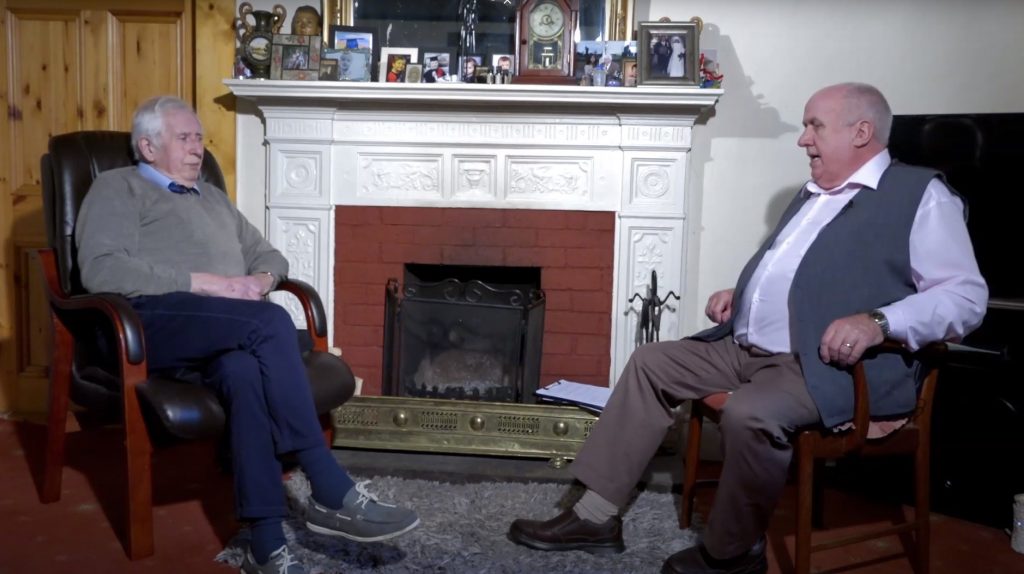 A series of events to mark the one hundredth anniversary of the execution of Kevin Barry and forming part of Carlow County Council Decade of Centenaries Programme 2020, culminated last month with the broadcast of ‘Kevin Barry & the Oral Tradition 1920-2020’.

The production was the focal point of a week of on-line events celebrating the Irish martyr’s short, but very significant life, with contributions from a wide variety of people including Kevin Barry’s descendants, academics, historians and Carlow people, including the children of Rathvilly NS.

The week began with a private wreath-laying ceremony at County Carlow Museum, one hundred years to the day of Kevin Barry’s execution on 1st November 1920. The ceremony involved his nephew Kevin Barry, along with his wife Evelyn, their daughter Niamh and dignitaries, including Cllr Tom O’Neill, Cathaoirleach of Carlow County Council, and Cllr. Charlie Murphy, Chairperson of the Carlow County Council Decade of Centenaries Committee, present. For the occasion, another relative, Ian Dowling brought Kevin’s Death Mask, which was placed beside his wallet and ‘last cigarette’, which have both been displayed by the museum since the 1980’s.

Other events to commemorate the week included ‘Kevin Barry: a conversation with Professor Eunan O’Halpin’ hosted by Carlow County Museum on 2nd November, in which Eunan discussed his own roots as the grand-nephew of Kevin Barry and talked about two of his most recent publications: “Kevin Barry: An Irish Rebel in Life and Death” and “The Dead of the Irish Revolution”. A recording of the converation is available below. 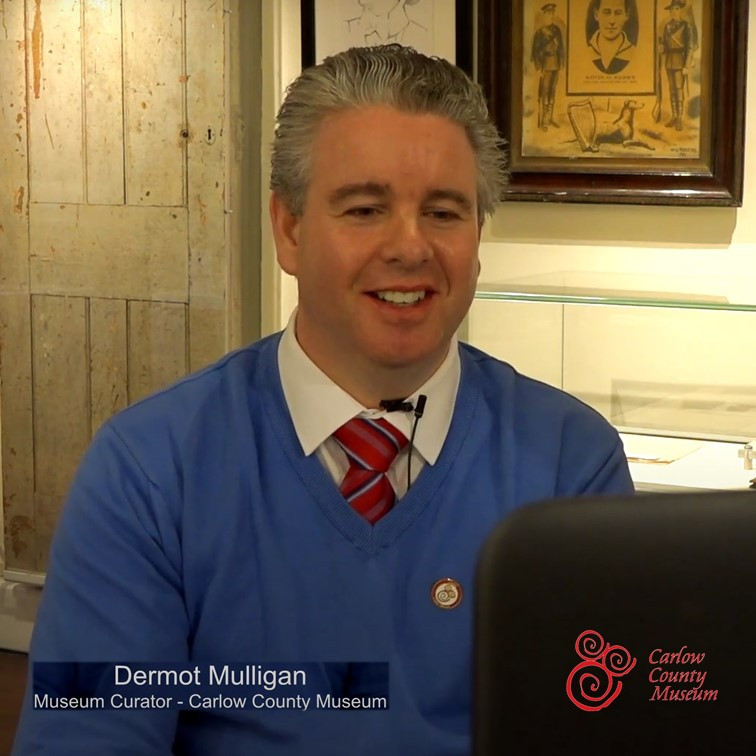 On November 3rd, Carlow County Council Library Service facilitated the event ‘Kevin Barry: an Irish Hero for Children’ with author Carmel Uí Cheallaigh who discussed her recently published book with 6th class from Rathvilly National School. The event was also streamed online for all school children in the county on the Library’s YouTube Channel at 12 noon the same day. A recording of the discussion is available below.

The penultimate on-line event of Carlow County Council Decade of Centenaries Programme 2020 was ‘A Memoir of Kevin Barry’ on 4th November with authors Síofra O’Donovan, who is Kevin Barry’s grand-niece and Michael Moriarty in conversation with Christopher Power, Library Assistant of Carlow County Council Library Service. Both Síofra and Michael discussed their connections to Kevin Barry and their recently published books on him, “Yours ‘Til Hell Freezes: A Memoir of Kevin Barry” and “What it Said in the Papers: The Execution of Kevin Barry”, respectively. A recording of the converation is available in the link below on the Library’s YouTube Channel at 12 noon the same day. A recording of the discussion is available below.

The 5-day programme concluded with the main event ‘Kevin Barry & the Oral Tradition 1920-2020’. A year in the making, the event was streamed on-line and featured in story and song, the various influences on Kevin as a young boy growing up in Tombeagh, Rathvilly. Filmed in VISUAL Centre for Contemporary Art and GB Shaw Theatre, Carlow Central Library and the Barry household, the feature provided for a fitting end to a week of remembrance of and reflection on a young man who went to his death at a time of great difficulty in Ireland’s history.  A recording of the production is available below.

Recordings of all the events filmed as part of the Carlow County Council Decade of Centenaries Programme 2020, are available to view on the Carlow County Library YouTube channel: https://www.youtube.com/user/carlowcountylibrary/videos