Tim O’Neill is widely acknowledged to be the finest contemporary calligrapher in Ireland. He is a leading scholarly authority on the subject, and has produced many books including ‘The Irish Hand’, a study of the manuscript tradition in Ireland and ‘Merchants and Mariners in Medieval Ireland’. He is a member of Peannairí, the Association of Irish Calligraphers and the Royal Society of Antiquaries Ireland (RSAI).

In 2011 when American President Barack Obama visited Ireland, Tim designed and produced a traditional Celtic scroll which was presented to the Obamas, and commissioned by Offaly County Council. 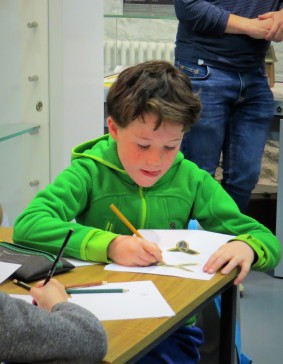 In all, 35 children tried their hand at mastering a craft that the monks would spend years learning.

Carlow has a fantastic history and tradition of calligraphy and producing illuminated manuscripts. In the 7th and 8th centuries, monasteries in County Carlow were producing fabulous books made of vellum. A number of these books survive to this day, including the Book of Mulling from Saint Mullins and the Calendar of Willibrord from Rath Melsigi, Milford.

– Our first session, hard at work mastering the skills of Calligraphy

– Our second session, learning the secrets of the monks

A fantastic day was had by all. Cruinniú na nÓg is part of the Creative Ireland Programme and is coordinated and managed by Carlow County Council Arts Office. Carlow County Museum would like to thank them for their help and support for the event. 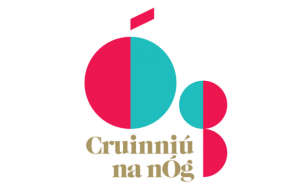